The Ross of Mull, An Ros Mhuileach, is the south-western peninsula of the Isle of Mull, the third largest island of the Hebrides of Scotland. The Ross of Mull is an area of outstanding beauty, approximately 20 miles long, stretching from the southern foot of Benmore at the top of Loch Scridain to Fionnphort at the very tip. At the eastern end of the Ross are found the villages of Kinloch and Pennyghael with Bunessan a further nine miles along the one-track road heading west to Fionnphort.  Other settlements on roads branching off the main route include Uisken, Ardalanish, Ardfenaig, and Kintra. Each of the seven districts of the Ross can be explored using the links at the bottom of this page. Walking guides for each of the seven districts can be purchased in the Centre, in local shops or online.

The Ross of Mull is an area of fascinating geology and a haven for nature, but most of all, it is a landscape that is redolent of its history.

“Few parts of the Highlands contain so much physical evidence of the old way of life which was ended by famine, clearance and emigration – the numerous deserted townships, the old lazy beds, the tracks across the land” - Professor Tom Devine

These deserted townships scattered across the Ross are evocative reminders of once thriving communities. The prominent markings left by lazybeds on cultivated land graphically illustrate just how intensively the land was once used and populated.

Find out more about the Ross of Mull on the following pages:

The fascinating history of the Ross of Mull is well documented in the Ross of Mull Historical Centre which has displays, publications and an in-depth archive. Find out more about the Centre here> 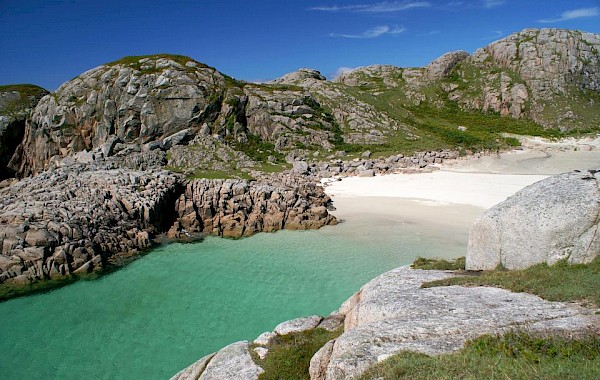 The pink-hued Ross of Mull granite has been shaped by glaciers and eroded over time to create a distinctive landscape, fringed by shell-sand beaches 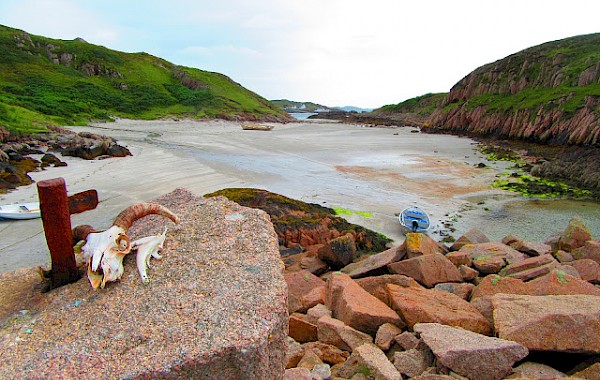 Examples of unique industrial archaeology and deserted townships are apparent throughout the area with stunning views from all around the rocky coast. 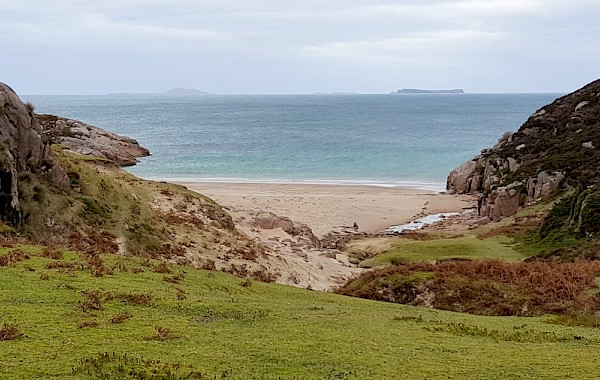 The highest point on Beinn Liathanach gives breathtaking views over the Ross, to north Mull and the surrounding offshore islands.

The name Bun-Easain, Foot of the Little Waterfall, refers to the waterfall on Allt Ruadh, Red Burn, behind the Argyll Arms Hotel. 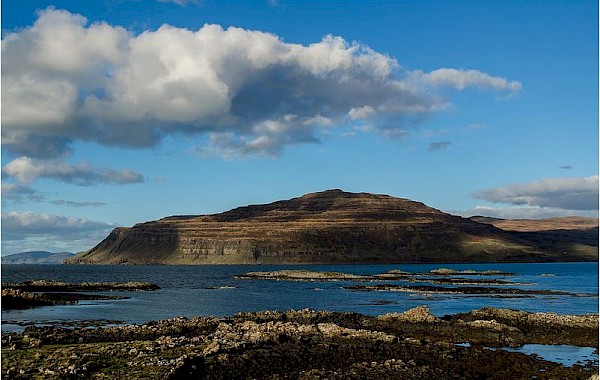 During the mid 19th century, the area became densely populated when many of the people, cleared from other areas of Mull, were settled in Ardtun. 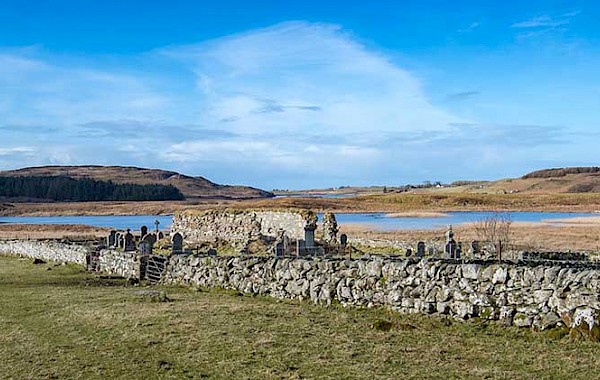 The area of Kilvickeon is one of rugged beauty with stunning sea views. It has visible features and structures that belong to many different eras. 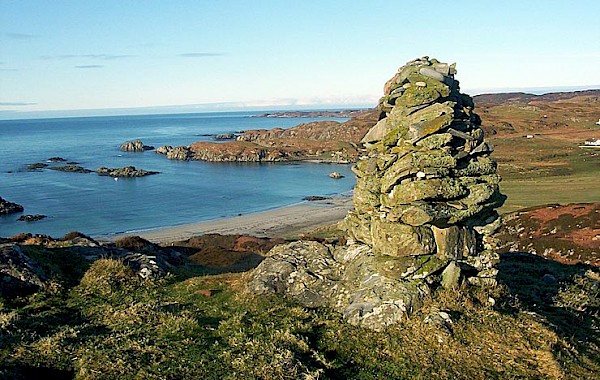 The deserted township of Knocknafenaig and the shell-sand beaches of Ardalanish and Uisken on the south coast are major attractions of the area.