It’s necessary for most organisations to hold an AGM, for the record – but can be frustrating because, by the time it’s held, those involved are already looking forward to what comes next.

The Ross of Mull Historical Centre AGM, held by Zoom on Thursday 27 January, was no exception. Twelve people were present: the numbers attending depleted because of a Coastguard practice the same evening. Sue Clare, Trustee responsible for keeping the record, gave an account of the 2020 AGM, which was held by email and drew 19 responses. By this means, the minutes of the 2019 AGM, meeting, the accounts and re-election of Trustees were all approved, with a couple of abstentions. Her report was, in its turn, approved by all those virtually present on 27 January. Emerging from this very challenging period, having seen e-mail communication giving way to Zoom, we hope that a year from now we can meet face to face.

The Trustees Report for the past year showed plenty of hopeful signs. While the Centre only opened half-way through the season, for limited hours and with Covid safeguards in place, we still welcomed 110 visitors, interested in what we have to offer. In lock-down our genealogy service, carried out by volunteers in their own time, using our extensive archive, has been well used – raising at least £226 in donations.  This Report can be seen in full on our website, which has also continued to advertise publications and enable on-line sales (£1,107.50 with a further £350 when the Centre was open). Both the website and a series of e-Newsletters have kept people well informed, thanks to the hard work and expertise of Kirsty Lord.

Just one public event was held, on the theme of Maps, to celebrate the gift to the Centre of an original framed printed Joan Blaeu map. Full details can also be found on our website. We have also been making a determined attempt to catalogue the amazing diversity of what we have and are grateful to Andrea Cameron who has been advising us and sharing her expertise with Kirsty and the Trustees.  Andrea will be back in Mull in March and more work is planned.

All year the Community Garden in the Centre grounds has been busy with hard-working volunteers and is well used by individuals and groups on the Ross: Bunessan primary school, a playgroup, an after-school nature club, as well as local residents using ‘allotment’ beds. There are now two paid gardeners sharing a part time job.

Roger Harvey talked us through the Accounts, e-mailed to Members prior to the meeting. Even with lockdown restrictions due to the pandemic, we have done exceedingly well with a total income of £5,421 including two large donations of £1,000 during the year, and a current balance of £17,994. There were no questions or comments, and the Accounts were universally approved.

With this behind us, we are free to look ahead to a re-opening after Easter, and to two bigger pieces of work.

The Trustees welcome involvement with a project focusing on the fishing industry on the Ross, which will run until the end of 2022. SWMID applied for a grant from the Community Stories Fund to fund research and filming by Alasdair Satchell.  The Centre will be able to provide pictures and stories, archive information and artefacts such as nets, and will open up conversations with people with first-hand knowledge of salmon fishing at Camas and the role of Kintra in the herring fishery. There will be showings of the film later in the year.

Tessa Howell and Anne Baxter reported on an exciting story. On duty in the Centre in July 2019, Tessa met an American visitor very interested in our Mill, its past and future. Her family is involved in milling. In a follow-up email she sent Tessa a list of grant sources which could enable our priorities of stabilising the walls and roofing it. Last year, she got in touch again, offering the Centre up to £10,000, from a legacy she and her sister had received, for surveys and to begin the building work. This money has now arrived.  A professional Architect Engineer has been identified and we are looking forward to their proposals. The local community will be involved in due course, and any future work will depend on the proposals for developing and using the space and future funding. This is a long term and very exciting project.

It’s all ahead of us!

To achieve all this, we need to continue increasing our membership (and need existing members to remember to pay their dues!) We hope to keep recruiting volunteers in order to be welcoming and well-organised, preserving the history of the Ross and to share its riches with visitors and the local community. 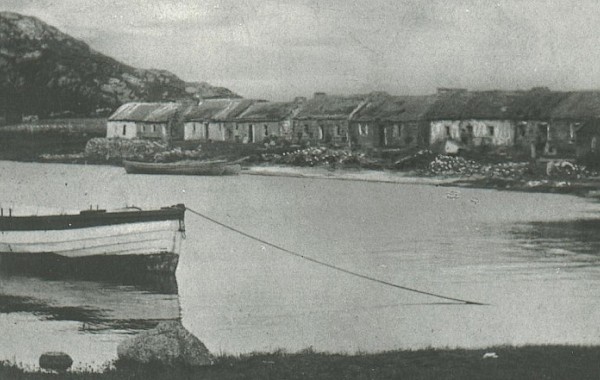 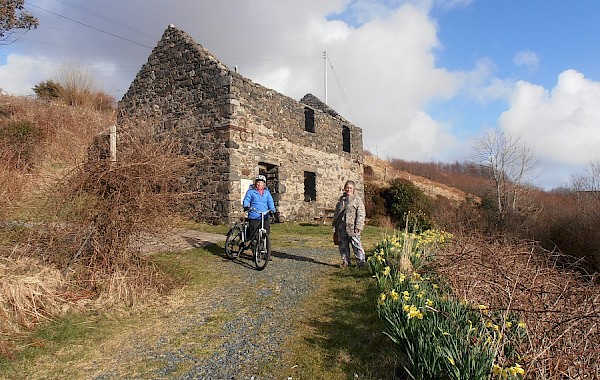